Thread and Butter by threadandbutterblog.com is licensed under a Creative Commons Attribution-NonCommercial 3.0 Unported License.

I am proud to say that I went all out for Halloween this year. After more than a year of planning and postponing and sewing on and off, I finally finished my Melisandre costume. I have to say, I went through a lot of drama along the way. The sheer number of hurdles that this project presented should have put me off of costume making, but now that the finished product is in front of me I’m determined to make a costume every year. I posted earlier that my goal for next year is to be skilled enough to make a civil war era dress. I feel a lot more confident about that goal now!

You might notice there is some bunching where the bodice and skirt meet in the front. One of the many issues that plagued me as I was making this costume.

If you are not familiar with the Song of Ice and Fire book series, which is now a show on HBO called Game of Thrones, I’ll give a little background on the character I chose to portray. Melisandre is a priestess who worships a fire god. She has red hair and eyes and dresses completely in red. While she uses very powerful “black” magic and is often pitted against fan favorites, it is difficult to characterize her as either evil or good since her background and intentions are shrouded in mystery. She also gives birth to an assassin shadow baby (not included in costume).

I chose a medieval costume from Butterick as my pattern to match the era of the show. At Joann’s I was able to get the required 9 (!) yards of red crepe satin. I made both the dress and the cape. 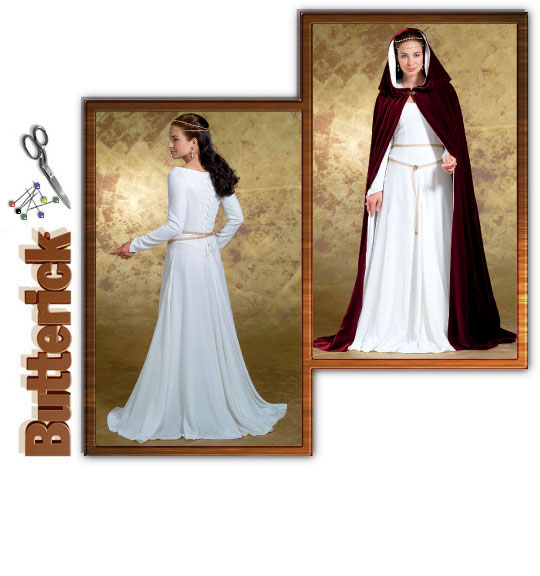 I still have to go back and finish hemming the cape. I didn’t have enough lining for any part of  it other than the hood, so instead I attached bias tape to the edges. I bought very thin bias tape so it was a hassle sewing it, and I must have done it wrong because it’s coming off in places. Another major issue I had was using the grommet fastener. I just could not get the eyelets to stay on the fabric. More likely than not, I’m just not using the fastener correctly.

I’m going to go back and fix the errors that I made soon, and post how I troubleshooted the issues.